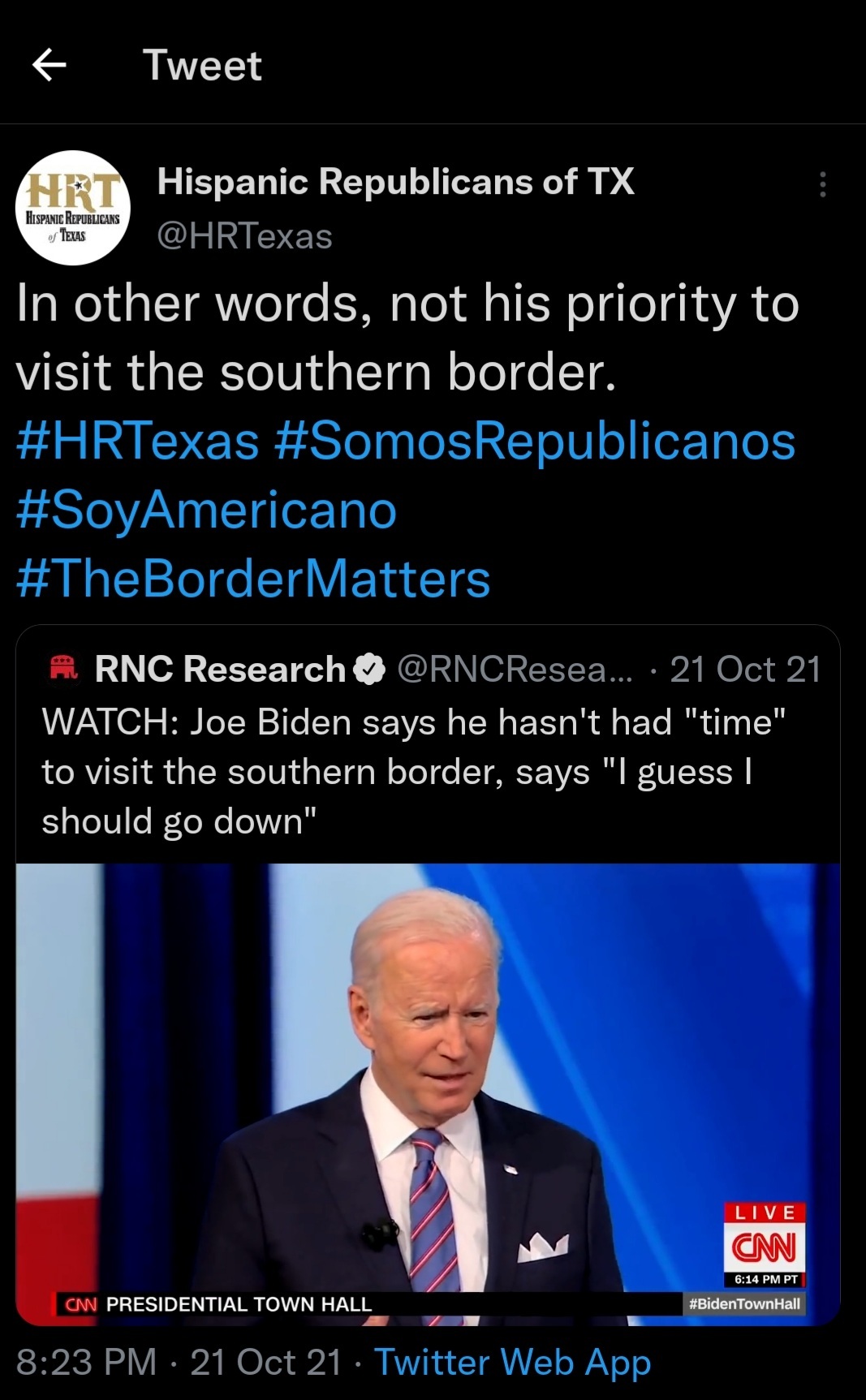 Joe Biden and his administration are destroying America’s sovereignty. Whether it is on foreign soil through the disastrous Afghanistan withdrawal – leaving $80 billion in high tech weapons, vehicles, and aircraft for terrorists – or here at home with our Southern border.

Under the Trump Administration, America had the most secure border in decades.

Local border leaders – Republicans and Democrats – are condemning Biden, Pelosi, AOC and the rest of the Washington elites. Border Security is not a partisan issue, it’s an American issue!

Texas is leading the way to Secure our Southern Border. Governor Greg Abbott recently directed the Texas National Guard and DPS to return migrants to the border. We need leaders that support our Governor’s efforts and HRT candidates are leading the way.

Democrats rely on minority voters to win elections and they will lie to them to do that!

Supporting the Hispanic Republicans of Texas candidates hits directly at the Democrats, progressives and MSM liberals. They call Republicans racists and bigots – Our candidates PROVE these liberals are wrong!

HRT is made of conservative Hispanics telling the TRUTH about Democrats, progressives and the Main Stream Media. Hispanic voters need to know this and Democrats up and down the ballot need to be held accountable.

For over 10 years HRT has been at the forefront of keeping Texas red, turning traditionally Democrat Hispanics into Republican voters.

In 2020, we helped flip blue Hispanic counties to vote Republican and we are doing it again this year.

Trump’s success in South Texas and Myra Flores’ recent election to US Congress proves that Hispanics want better than what the Democrats are offering.

Your support is critical to making our Red Wave reach all the way to the Rio Grande River. We can stop the Democrats in their tracks and win the hearts of minds of the Hispanic community, ensuring America keeps her founding values of faith, family, and freedom for generations to come.

2022 is our year. This is our time. We need to step up and HRT candidates are leading the way and taking the fight straight into the Democrat strongholds.

PAID FOR BY HISPANIC REPUBLICANS OF TEXAS