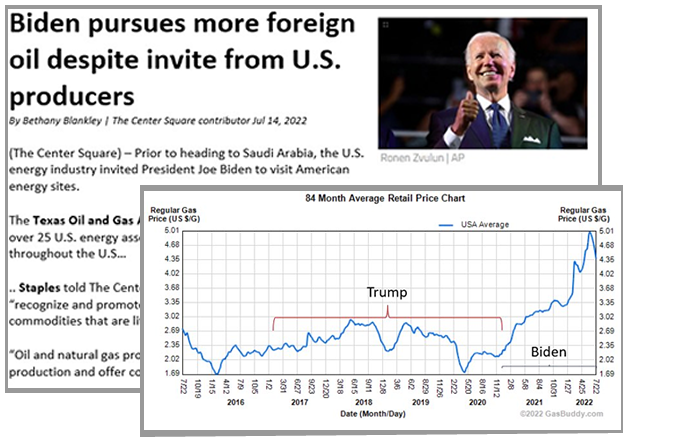 Gas prices are at record levels. Joe Biden’s latest answer is the Iranian Nuclear Deal from the Obama years – which is insanity! Why would America put their economic future in the hands of a terrorist nation.

Under President Trump, the United States of America was energy independent for the first time in generations. Within 2 years, progressive Democrats destroyed all that.

Texas can lead the way on energy -- Our candidates are leaders that understand the industry and will fight for their community to return America to energy independence.

For over 10 years HRT has been at the forefront of keeping Texas red, turning traditionally Democrat Hispanics into Republican voters.

In 2020, we helped flip blue Hispanic counties to vote Republican and we are doing it again this year.

Trump’s success in South Texas and Myra Flores’ recent election to US Congress proves that Hispanics want better than what the Democrats are offering.

Something we’ve learned over the years is that many Hispanics don’t really know what the Democrat party supports because of the lies and distortions from politicians and the Main Stream Media.

Democrats rely on minority voters to win elections and they will lie to them to do that! Biden is blaming gas prices on Vladimir Putin, Ukraine, convenience store owners or anything else his handlers can think up instead of telling the truth – their Green New Deal policies are destroying our energy independence.

HRT embodies the great President Ronald Reagan’s famous quote that Latinos are Conservative, the just don’t know it. HRT is made of conservative Hispanics telling the TRUTH about Democrats, progressives and the Main Stream Media. Hispanic voters need to know this and Democrats up and down the ballot need to be held accountable.

Supporting the Hispanic Republicans of Texas candidates hits directly at the Democrats, progressives and MSM liberals. They call Republicans racists and bigots – Our candidates PROVE these liberals are wrong!

Your support is critical to making our Red Wave reach all the way to the Rio Grande River. We can stop the Democrats in their tracks and win the hearts of minds of the Hispanic community, ensuring America keeps her founding values of faith, family, and freedom for generations to come.

2022 is our year. This is our time. We need to step up and HRT candidates are leading the way and taking the fight straight into the Democrat strongholds.

PAID FOR BY HISPANIC REPUBLICANS OF TEXAS