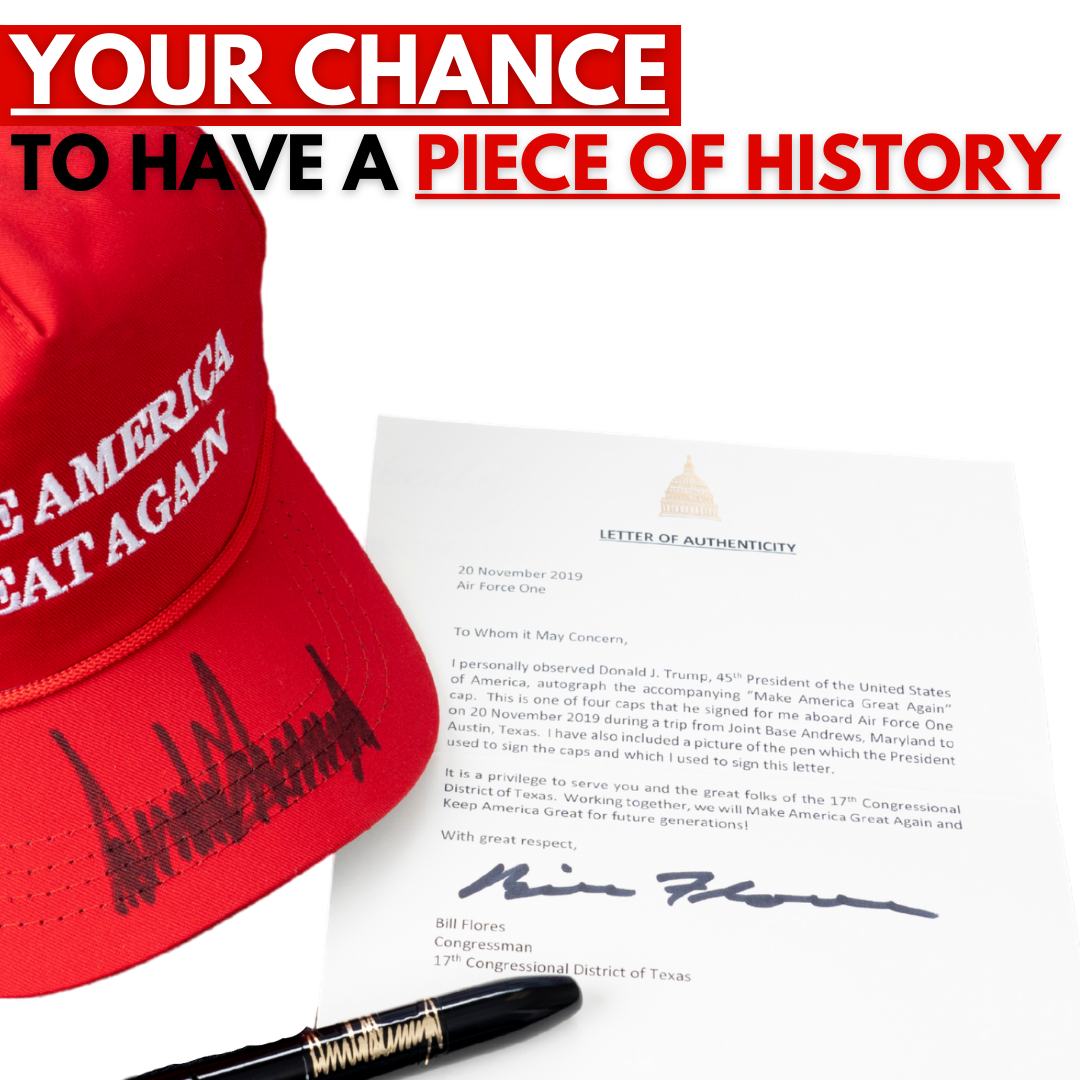 To pay out full donation up front, use this page - https://secure.anedot.com/brazos-gop/dol

What is the Defenders of Liberty Fundraiser?

Congressman Flores has donated a MAGA cap which President Trump autographed for him while they were flying over Texas on Air Force One. In addition to this MAGA cap, he has donated the pen that President Trump gave to him after it was used to sign the cap. Included is a Letter of Authenticity describing the cap, the pen, and the occasion.

The RPBC is using this package as part of a unique program called “Defenders of Liberty” to involve donors at all levels of support. Defenders of Liberty will offer increasing levels of online donation opportunities. During the auction process, each donor’s cumulative contributions will be recorded on a donor ranking table.

At the conclusion of the online part of the campaign, the top ten donors will be invited to a live auction reception for the MAGA cap package at the home of Congressman Bill and Gina Flores on Thursday, October 29th.

The online auction will open with minimum bids of $100 on Monday, October 12th.

State law requires us to use best efforts to collect and report the full name and address, principal occupation or job title, and full name of employer of individual whose contributions equal or exceed $500 in a reporting period. Corporate contributions are prohibited by law. Contributions to political campaigns are not tax-deductible.